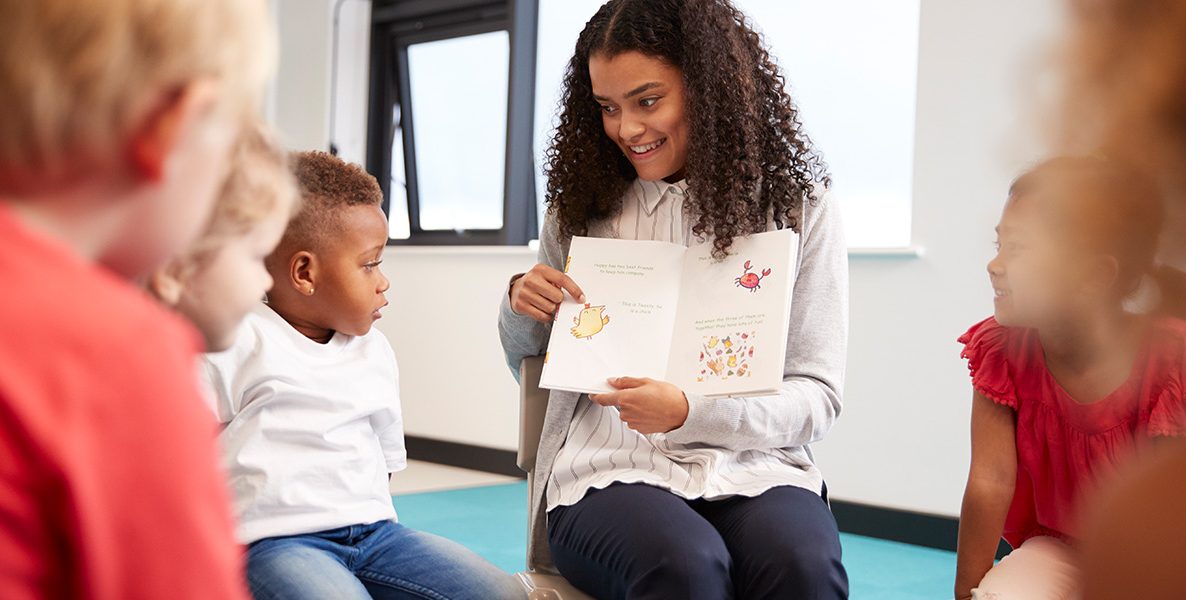 In order to start Kindergarten in Virginia, a student must turn 5 by September 30 of their kindergarten year.  That means that some students start kindergarten before their fifth birthday while others on the older end of the group will turn six years old as early as October 1.  As a result of being so young, some younger students with summer birthdays find themselves struggling to keep up with their peers.  In many cases, an extra year to grow and mature has long-term positive consequences on a child’s social, emotional and academic success.

The TK program is not for all younger children of kindergarten age.  A child’s kindergarten readiness is determined through teacher evaluation and parent observation of both academic and social skills.  Children who may be ready for kindergarten academically but may need time to work on impulse control, social skills and fine motor control may benefit.  Many studies have shown that students who are ahead of their peers in both academic and social and emotional skills have long-term positive impacts on a child’s social, emotional and academic success.  In TK, students will have the opportunity to hone this confidence into leadership skills and advanced academics in their later elementary school years and beyond.  Transitional Kindergarten gives these students the advantage that their older kindergarten peers have as a resultof their age. SIA’s transitional kindergarten program is designed to provide parents with a developmentally appropriate, research-based program which grants children that gift.

Parents are sometimes hesitant to hold their child back due to social stigmas from their own school experience; however, there are many long term benefits of holding younger children back a year.  Instead of struggling to keep up as  the youngest student in the class, when completing the transitional kindergarten program, these students will have the opportunity to take the lead in kindergarten the following year.  Over the years, we have had parents decide to hold their children back a year in the EY4 class or Kindergarten in order to give their child the gift of a year.  The transitional kindergarten class will give these students the advantages of both the extra play of EY4 and the academic skills of Kindergarten.  Transitional Kindergarten students will have a similar curriculum to kindergarten, however, they will have more time to work on the skills they need within the IB World School Program. The class will be a full day from 8am until 3:30pm with the option to include fullcare.  Students will work on reading, writing and math with more time to play.  In addition, students will participate in the same specialty and enrichment classes as the SIA Kindergarten Program including PE, Art, Music, Hebrew, Violin with the addition of Swimming.

The Strelitz International Academy is now enrolling for the 2023-2024 school year for all grades.