Mission: Strelitz International Academy through its dynamic Jewish environment will enrich the life of the whole child and develop compassionate, lifelong learners. In collaboration with our families and the greater community, we will promote a social and global consciousness that encompasses a profound respect for all humanity.

The IB® World School aims to develop inquiring, knowledgeable and caring young people who help to create a better and more peaceful world through intercultural understanding and respect. To this end the organization works with schools, governments and international organizations to develop challenging programmes of international education and rigorous assessment. These programmes encourage students across the world to become active, compassionate and lifelong learners who understand that other people, with their differences, can also be right. 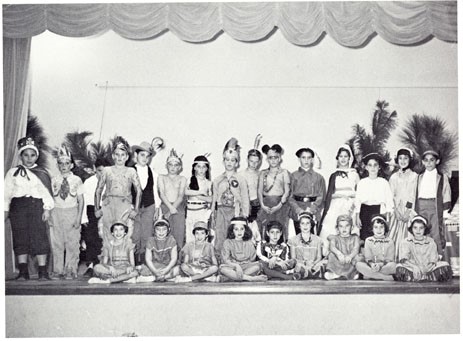 Sixty-five years ago, the community realized a need to provide a high-quality curriculum of secular and Judaic studies for Jewish children. And so it was that a group joined together for a common cause: Joe Jaffe*, Rabbi Joe Schecter, Rabbi Israel Bornstein*, Soloman Yavner*, Molly* and IP Gordon*, Jack Stein*, William Mazel*, Harold Goodman*, Harold Burstein, Willie Einhorn* and Carl Katz* (* of blessed memory). Thanks to their commitment and unwavering dedication, the Hebrew Academy of Tidewater opened its doors in 1955 on Norfolk’s, Virginia’s Shirley Avenue. It may have been a modest beginning with a mere eight students, but it was definitely a historic moment for Tidewater. 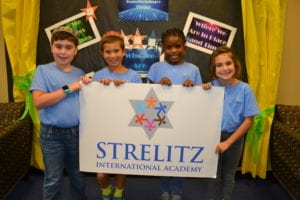 Today, as a Primary Years Program International Baccalaureate ® World School, the institution has some of the best academic programs offered by any local private school. What’s more, the school builds upon the character and spirit of our children through the values of our Jewish heritage. Under the direction of Mrs. Heather Moore, head of school, Strelitz International Academy is a recipient agency of the United Jewish Federation of Tidewater, Tidewater Jewish Foundation and the United Jewish Community of the Virginia Peninsula. SIA holds full membership in and accreditation by the Virginia Association of Independent Schools and National Association of Independent Schools. We are also a member of PRIZMAH, a Jewish Community Day School network.

The Strelitz International Academy is named for local businessmen Joseph (“Buddy”) and Leonard Strelitz, who until their deaths in 1984 and 1999 respectively, were among the most philanthropic and caring members of our region.