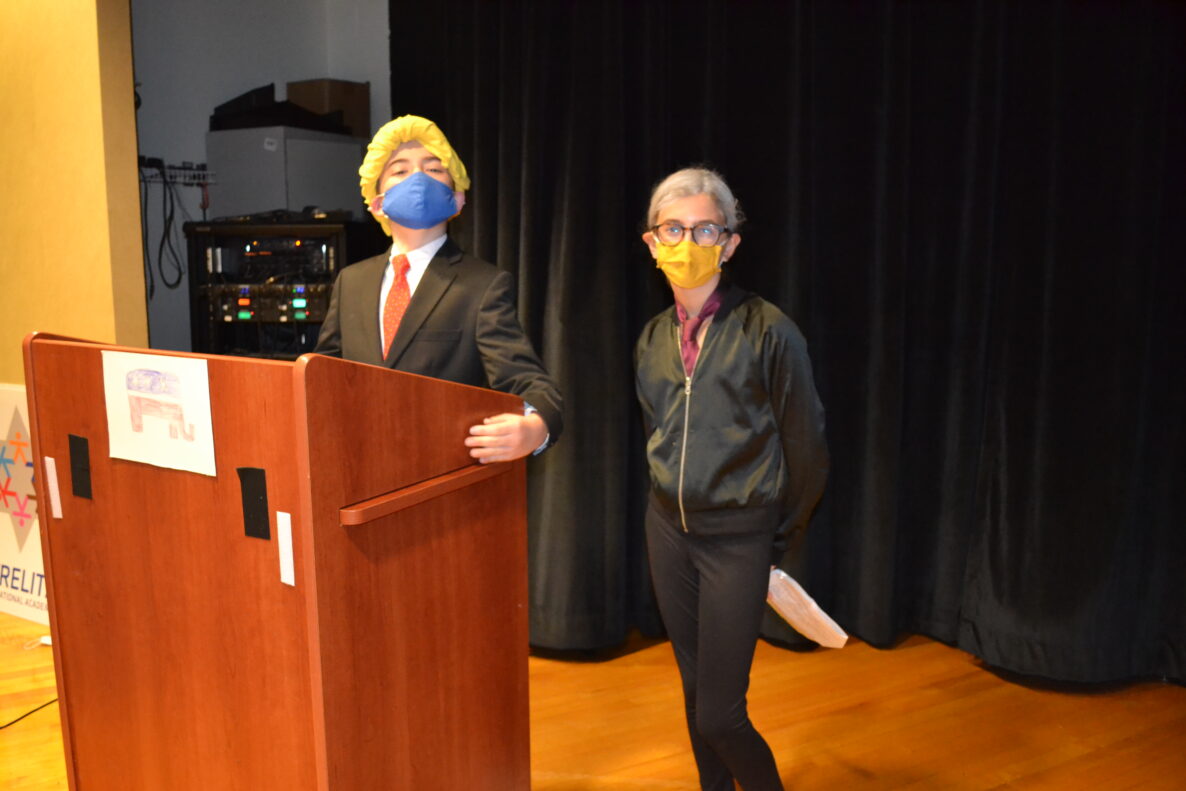 Would you believe that learning about politics can be fun? As an IB Candidate School, the students at SIA learn about the world through inquiries, interviews, investigations, discussions, projects and research. In response to the recent U.S. election, fifth grade learned about both the U.S. election process and the Israeli system.

The fifth grader’s first line of inquiry was the process of voting. During this unit, 5th grade created a Virginia Voter’s Guide, researched important topics, drafted a debate script using their research, and orchestrated a mock debate for the school. They met with a Voter Protection Program Community Leader to gain more insight into the voting process.

On Monday, November 2, the 5th-grade class organized a mock debate for the President/Vice Presidential team. They researched platform agendas of both major parties in the United States. The whole school tuned in virtually for the fifth-grade mock debate. The fifth grade students ended the debate stressing the importance of voting, and the next day every student in SIA had the opportunity to vote for the President of the United States at school. The fifth-grade students discovered the importance of voice and choice during this election process. Their message to other students was that it is never too early to get involved and vote!

In connection to their inquiry unit on the American voting process, SIA 5th graders learned about the Israeli political system as well. Students saw photos of an Israeli ballot and ballot box, learned how people vote in Israel and how the prime minister is chosen. After coming up with many questions about the Israeli Election Process, students met with a “community expert” who could help them get some answers! Over Zoom, they met with Israeli resident, and former Norfolk native, Rabbi Levi Margolin, to deepen their understanding of Israel’s democracy. Rabbi Margolin, who lives in Jerusalem, gave a presentation to the students on the Israeli election process and even taught the class key election vocabulary in Hebrew! The students found it fascinating that Israel has so many political parties!

The fifth grade class compared their thoughts on the pros and cons of the US political system and the Israeli political system. Students shared great points in defense of both processes as they compared and contrasted the two different election systems. Although, we will never all agree on politics, we can all agree that these students will always remember their experience learning about the U.S. and Israeli Election process!